He was barely a thousand years old, still a kid, really. They’d both had their bodies back then, and genders or sex. Whichever. Either way, she was still a she, and he was still a he. It’s strange, looking back, how important biology was to us human beings then. Just a couple thousand years later my dad could barely remember what it meant to be a man. I suppose it couldn’t have meant very much at all.

They met at a waystation in what we then thought of as “deep space”. He was in an Artistic Cycle, trying desperately to capture, in oil on canvas, the effect of radiation streaming off a nearby quasar.

She’d arrived on a raft destined for that very quasar.

I remember that he’d found her cool, objective as a mirror. And not very impressed with his work, a failure in judgment that he wrote off as a consequence of the cognitive reassignment that came with her switching from a Legal to a Scientific cycle.

Despite her opinions of his work, perhaps because of them, they spent long hours together in the rec room, in the gardens, under the sheets. And once her raft had carried her from him he found that he’d lost his fascination with the quasar’s light.

Their next meeting far less romantic. He was in his God-Emperor Cycle. This isn’t surprising, of course. It’s like they say — given immortality, and enough time, the probability that one will attempt to take over the universe gets epsilon close to one. I’ve tried it myself, just recently. It’s a blast.

Around that time, she was deep into a Mercenary Cycle and had found that she had quite a knack for assassination. It wasn’t just the money that made her take the job, no matter what she said. I remember that a part of her just really wanted to see him again.

His forces had just taken the red moons over Tk’Haar and he had retired to his private quarters, where she waited for him in shadow.

“You’ve run out of time” she whispered from beside the bed.

He leapt up and fumbled for his dress-sword. She laughed.

“Show yourself” he yelled into the dark, swinging the dull blade wildly.

She disengaged the fauxnight and stepped forward from out of the retreating shadows, and he didn’t recognise her. Not at first. The parts of him that weren’t attending to the sword, the parts not threatening her with death or worse, were running a deep-search to determine just who she was.

She lunged. He parried, and his search routines cranked away.

They were evenly matched and as she sliced him across his thigh, he managed to gash her arm.

Then the search routine returned and told him that had, in fact, met her before.

“Do I know you?” he asked, jaw clenched.

“It’s not impossible” she replied, smiled, and swung at him.

He issued a complete search of all archives and nanoseconds later it came up with a definitive result.

He dropped his sword just as she thrust her disruptor blade straight through his chest.

At the moment of his reconstitution, on a small node far from his armies, his new self’s first thought was his old self’s last. A long archived memory of she and he, suspended in zero gravity, arguing over the use of art … and the feeling of wanting so badly to touch her that his entire body ached.

I remember how suspicious mom was when dad reached out to her. It had only been a handful of centuries since she had killed him and helped dismantle his forces. She was pretty sure he was out for revenge.

“I have intentions” he’d said. “Whether they’re good or bad is for you to decide.”

She was the one who spoke at their wedding reception. I remember how he felt listening to her, a kind of gentle awe that spread through and warmed all of him.

“… even so, I know that a number of you are … let’s say, confused, about why we are doing this” she said, addressing a few thousand of their closest friends. “It’s all hopelessly outdated, isn’t it? Worse, it’s hopelessly unfashionable.”

“Even those of you who think it’s romantic, who think that there’s something to it, have warned us, have told us to be careful.”

She smiled just then and I remember how it lifted him up to see her so radiant, so sure.

“The answers to these questions are, unfortunately, yes, yes, and yes. Two people living together for all eternity will stop loving each other, will get bored, will almost certainly end up hating each other.

It’s a depressing thought, and one we’ve discussed intensely over the past hundred years or so.

While I don’t want to imagine not loving him, and he me, we’re able to conceive of the possibility of not loving each other”

She paused, I remember her practicing that pause, for effect.

“So what though?” she said “That doesn’t change how we feel now. We don’t stop exploring dark space simply because we know the universe is going to wind down into lifeless heat death.

We’ve lived long enough to know that the end of our love is as inevitable as that cold end of our cosmos.

That’s why we’ve decided to take matters into our own hands.”

And once she had finished explaining their plan to their friends and family the party began in earnest, and didn’t wind down for years. People still love telling me about their reception, about the food and drink, about the way they laughed and cried together. How GranGranGran ingested enough punch to stun a Green Stovetop, and how Auntie El spun and spun and spun wildly when someone hijacked the entertainment feeds and played the Recursives at frequencies that made most of the guests a little sick.

They tell me. But I remember.

After a while the party wound down. They saw off the last of their guests and made sure that the plane they’d hired for the event was reset.

And then, for the first time in centuries, they took to their bodies.

I remember how strange, how limiting, it felt for them to inhabit those fleshy vessels.

They looked at each other and couldn’t help but laugh. It felt good.

They kissed, held hands, and climbed into the reconstitution chamber where they embraced for the last time.

The machine went to work and their bodies were pulled apart at an atomic level. It had complete access to their data, their memories, their backups. And it pulled it all apart as thoroughly as it had their bodies. There was no going back. Their lives as individuals had come to an end.

There’s a strange void, just then. A kind of break.

It’s kind of like if I try to remember before mom and dad were born. This is when the machine’s program had switched over to its second phase. After pulling their bodies and memories apart it worked to weave all the pieces into a single narrative, into something that they had hoped would turn out unexpected and new.

And then I stood alone in the reconstitution chamber. The light was brighter than I’d remembered it, and I could feel the blood in my veins, and I could feel mom and dad’s friends, my new family, reaching out to me as my nervous system was synced with the network. 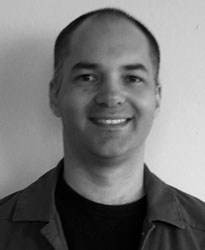 Blaize Kaye lives in KwaZulu-Natal, South Africa. His  fiction has appeared in, or is forthcoming in, Nature, Plasma Frequency, and New Contrast.

One thought on “After the Reception ~ Blaize Kaye”